However, much of what the Court said has to be read in context and on closer reading, prenuptial agreements are only unenforceable in situations where the couple included a clause stipulating that another ceremony would be essential before married life can commence. It is therefore not a blanket rule that all prenuptial agreements are unenforceable.

In fact, Courts would more often than not find that certain clauses in the prenuptial agreement is unenforceable (if any), rather than render the entire agreement void, depending on the specific facts and circumstances surrounding the particular case.

While the Court did warn that not all prenuptial agreements will be upheld and enforced, courts are still prepared to give effect to prenuptial agreements as long as they satisfy the basic requirements of a legal contract, are not obtained through fraudulent means and are in line with legal principles and public policies.

What Exactly is a Prenuptial Agreement?

As the “pre” in the term suggests, prenuptial agreements are signed by spouses prior to their marriage.

From a practical point of view, couples view prenuptial agreements as a form of insurance that provides them with certainty over their respective rights and obligations in the marriage, and also acts as a form of security in the unfortunate event of a divorce.

What clauses are included in a prenuptial agreement?

Typically, couples would include in their prenuptial agreements clauses spelling out their rights relating to custody, maintenance and property matters, also known as ancillary matters.

For properties, couples will include details about the ownership of the properties during marriage and the division of properties in the event of divorce, death of a spouse or separation.

Other details include the custody of children, how the liabilities are to be settled between spouses, maintenance for the wife and children, and the governing law of the prenuptial agreement given that couples could be married in a foreign jurisdiction particularly against a backdrop of a greater number of Singaporeans marrying foreigners.

Advantages and Disadvantages of A Prenuptial Agreement

However, it is important to bear in mind that the court is the final arbiter of the law and it is not necessary that the final judgment order will be the same as the prenuptial agreement.

Further, for the custody of children, there is a presumption that prenuptial agreements are unenforceable unless it is shown that the agreements are drafted in the best interests of the children.

Some couples may also view the idea of drafting prenuptial agreements as a taboo topic because it is associated with an unhappy ending. The party bringing up the idea may also be viewed as less trusting and more defensive and this may potentially be a trigger point for a less harmonious marriage as parties start drawing clear boundaries when drafting such agreements.

Enforcability of prenuptial agreements decided before the court

A postnuptial agreement is typically drafted to provide for what should happen in the event of a separation, divorce or death of a spouse.

The main difference is when the two types of agreements are entered into, whether it is before or after the marriage.

Courts will tend to give more weight to postnuptial agreements due to the different circumstances in which they were made in. This is because postnuptial agreements reflect parties’ more recent intentions towards their marriage and are drafted when they have a clearer understanding of the implications of such an agreement and their responsibilities in the marriage.

Postnuptial Agreement VS Deeds of Separation: When are they used?

Postnuptial agreements can be entered into even when there are no signs of a breakdown of the marriage, and couples just want an added security, whereas deeds of separation are entered into when parties wish to separate or to meet the prerequisite for filing for divorce on the ground of 3 years’ separation.

Drafting a pre or postnuptial agreement
Now think of this scenario: You and your boyfriend are thinking of getting married, but not till much later when you both are in your mid-thirties, as that is when both of your careers are more or less on track and are more financially stable to start a family.

Choosing which type of nuptial agreement to draft will depend on which stage of the marriage you are in. While it used to be more common for couples where one of whom is a foreigner or who have a great disparity in wealth to draft nuptial agreements, there is an increasing number of couples who want to draft such agreements as they are getting married later and accumulating more wealth before they do so; it is likely that some would want to protect their wealth and rights in a marriage, not because they do not trust each other, but because they simply want added security and to prepare themselves for the worst.

While it is possible to draft a pre or postnuptial agreement yourself, it would be best if you and your spouse were to engage an experienced lawyer to do so for you. This is because there may be some technicalities that may be too complex (especially if there are a lot of ancillary matters to be discussed), and there are certain provisions in the Women’s Charter and policies that you have to adhere to or risk having your nuptial agreements set aside by the court.
The idea of drafting a pre or postnuptial can be daunting, so here is a summary of the things you need to take note of:

Which law will the pre or postnuptial agreement follow if my spouse if a foreigner?

How long prior to the marriage should we sign the prenuptial agreement?

There is no magic formula to this but a few months prior to the wedding is preferable. This is to prevent undue stress on either party.

Can I modify the prenuptial agreement after marriage?

Guardianship 101: FAQs on Applying As Guardian in Singapore 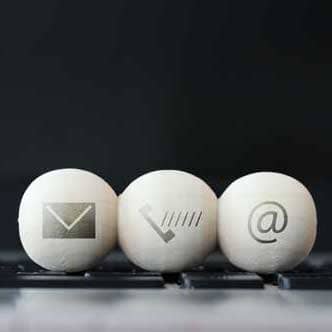