Guardianship 101: FAQs on Applying As Guardian in Singapore

No parent ever wants to think about a situation where they are no longer around to care for their child. However, the fact remains that a child still needs to be taken care of in the unfortunate scenario where both parents have passed away. This is where guardianship comes in.

Who is a “guardian” and what is “guardianship”?

Put simply, a guardian is a person in charge of, and with control over a child at the material time. Under the law, a parent is not a guardian. Instead, one should think of a guardian as someone legally appointed by the court or by the parent in his/her will.

The concept of guardianship has its roots in the English feudal system where guardians managed the infant heir’s property. When a child’s parents have passed away, a guardian will be the one to care for their child. Beyond making day-to-day decisions for the child, a guardian steps into the shoes of the parent and has the authority to make long-term decisions. For example, a guardian may decide which school to register the child in.

How may I appoint a guardian for my children?

There are two ways to appoint a guardian. First, the court may appoint a guardian pursuant to s 6 and 10 of the Guardianship of Infants Act (“GIA”). This occurs when both parents have passed away without appointing a guardian or there is a need to replace a guardian. More information on the process for a court-application may be found here.

Second, the parent may appoint a testamentary guardian by will pursuant to s 7 of the GIA. This appointment takes effect after that parent’s death. In the scenario where one parent has passed away, the surviving parent will be the guardian of the child, either alone or alongside whoever was appointed by the deceased parent. As a parent, you may consider appointing an immediate family member who is not too old, healthy, and financially secure to be your child’s testamentary guardian.

Can a guardian be appointed by the court if there is a fit parent present?

Generally, the court is unlikely to appoint a guardian when there is a fit parent present. A guardian will only be appointed when absolutely necessary. The purpose of the GIA is to allow the court to make orders for the child’s welfare without unnecessary intervention in a parent’s parental responsibility. Hence, the court will only intervene when there is no parent or guardian, or when a guardian is replaced. Arguments that an order is in the welfare of a child is insufficient. For example, the court will not appoint a guardian for the sole reason of enabling the appointed individual to provide consent for emergency medical treatment when the parent is absent.

However, in cases where a parent is unfit, the court still has the following alternatives:
(a) the unfit parent may lose custody, care, and control of their child; or
(b) the court may still appoint guardians when exercising its wardship jurisdiction when it is necessary for the child’s protection.

I am the only surviving parent and I cannot agree with the other joint guardian of my child!

When the surviving parent continues as guardian, he or she has to act jointly with the testamentary guardian appointed by the other parent. Similarly, when both parents have passed away, the testamentary guardians have to act jointly. As such, when there is a dispute over matters affecting the child’s welfare, any of them may apply to the court under s 8 of the GIA for an order regarding the matter.

I am a parent or guardian of a child and I want custody, access to, and maintenance of the child. What can I do?

Parents and court-appointed guardians may make an application under s 5 of the GIA for custody of, access to, and maintenance of a child. It is to note that the court strictly enforces the requirement that only parents and court-appointed guardians may apply. Distant relatives such as grandaunts and grandparents will not be able to make such an application.

The welfare of the child will be the court’s top priority when considering a s 5 application. A child’s “welfare” is defined as his or her well-being in every aspect. As such, the court will consider the child’s physical, intellectual, psychological, emotional, moral, and religious well-being in the short and long-term. Further, the court will consider the need to allow a parent to carry out their parental responsibility without unnecessary interference from third parties. In the case of fit parents wishing to reunite with their child, the court would likely allow the parents to raise the child, even if the child is closer to the counterparty at that point in time.

It is highly recommended that you appoint a testamentary guardian rather than rely on the court’s appointment in the unfortunate scenario of your death. Not only would this prevent protracted legal disputes which are expensive, it would also prevent strained relations and additional stress on the child.

Do contact us for an appointment if you need further assistance in guardianship. 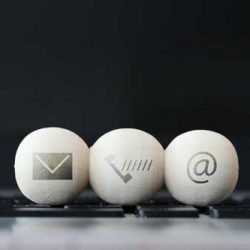